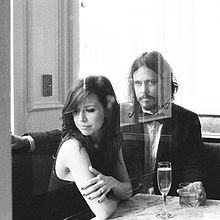 Barton Hollow is the first full-length studio album from The Civil Wars. Produced by Charlie Peacock, it was released on February 1, 2011, and became the No. 1 downloaded album on iTunes that same week. As of August 2013, the album has sold 618,000 copies in the US.

On November 30, 2011, Barton Hollow was nominated for Grammys in the Best Folk Album and Best Country Duo/Group Performance categories, the latter for the title song. The album ended up winning both awards. Numerous publications noted that The Civil Wars were snubbed a Best New Artist nomination by The Grammys. At the ceremony The Civil Wars performed a portion of “Barton Hollow”.